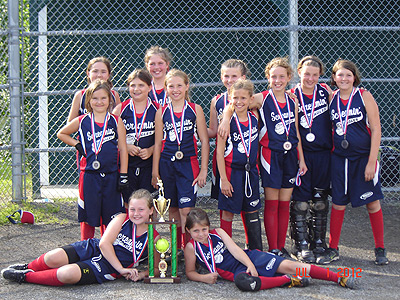 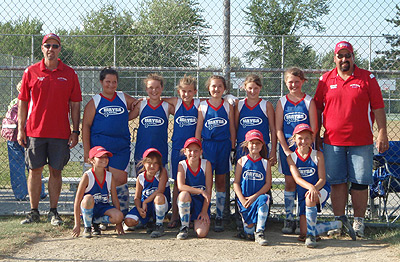 The 2011 Screamin' Eagles started the season on a tough note, losing the first 4 games of tournament play, but finished the season by winning two games in the Bulldog Tournament, including an impressive win on a hot July afternoon against a team from Boston (not the Red Sox, but it didn't matter to the players). Our team consisted of mostly 8 and 9 year-olds (and a few 7 year-olds) and we took our lumps, but will bring back a core of more experienced players and coaches.

Although we didn't have an air conditioned Winnebago or private masseuse, as another team did, we had a great group of parents to compliment a hard working group of players. We look forward to competing at a high level, to improving our skills, and to helping the girls grow as players...2012 looks very promising!