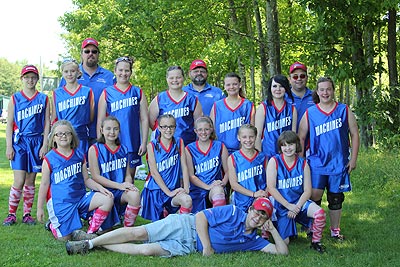 We ended the season 7-12. We came in second in the Maysa triple play #2 and finished 3rd in the Coca Cola Classic. All the girls and parents had a great time and are looking forward to moving up to 14U next year. 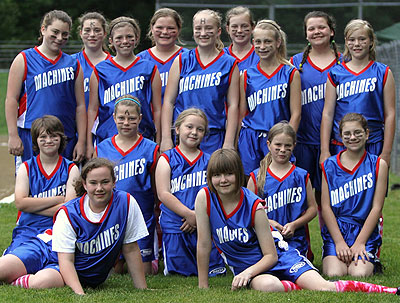 We played in 4 tournaments in 2011. We ended the season 7-12. The highlight of our season was placing  4th in the PamDIF tournament in Fairfield. Our sponsors this year are Mccormack Building Supply in Winslow, Sweet Dreams in Smithfield, Rowe's Log Cabins in Belgrade and Maine Piping in Smithfield. The Machines are coached by Ed Pearl, Brian Guerrette, Lee Wiswell and Andy Smith. We wish to thank all our parents for their help in the 2011 season. 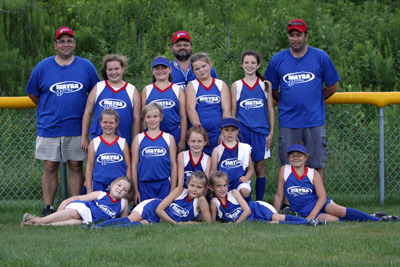 WE HAD GIRLS FROM ROME, SMITHFIELD, OAKLAND, SIDNEY AND WINSLOW THAT RANGED FROM 8 TO 11 YEARS OLD.
WE PLAYED IN THE 10U STATE TOURNAMENT AND THE MAYSA TOURNAMENT.

THE GIRLS AND PARENTS HAD A GREAT TIME AND LOOKING FORWARD TO THE 2011 SEASON.