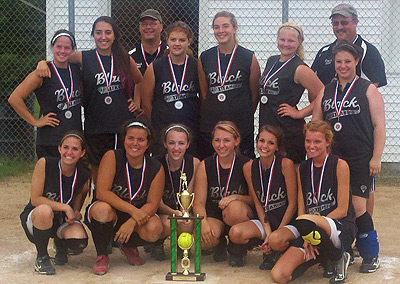 The girls voted to change the name of the team this year to Black Diamonds. In their words "We picked our name when we were like 2. Its time for a change." So where we are expecting to incorporate players from other teams this summer we figured that a new name would be appropriate.

We played in five tournaments with a total of 24 games. We were runners-up in States and look forward to being MAYSA's first 18U team next year.

We played a total of 41 games and 5 tournaments this year. We placed 3rd in States and won the CAYSA High School League Championship.

We played a total of 50 Games (Includes winter ball, tournament games, league games and pick-up games)
We played in 7 tournaments.

I told the girls this in Calais and I firmly believe it. They are the STRONGEST defensive team I have ever had the privilege to see play at this age level. I’m excited about what next year holds! 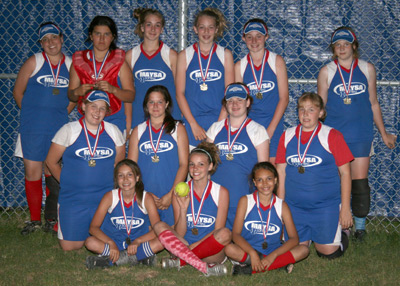 The 12U Firecrackers, coached by Matt Hunt, AJ Roy and Bob Stagge, played in 11 tournaments, 49 games, and finished 2nd in the states. Had another great year of camping and a trip to Six Flags. Disney is their goal for this year.

Fairfield Picture Day Tournament - This was a non-competive tournament primarily for the purpose of getting the teams together for the Fairfield Area Picture Day. We participated in the tournament and went 3-0. 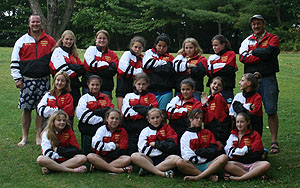 The 2007 Messalonskee Firecrackers started the season with 21 girls on the roster and finished with 23. Coached by Matt Hunt and AJ Roy we emphasized team work, sportsmanship and advanced skill training.

Our first year as a team for MAYSA we played in 7 tournaments in Winslow, Augusta, Madison, South Portland, Bangor, Gardiner and Fairfield. Our fundraisers included a tag day, bottle drive and a "Fish Toss" at the Winslow and Belgrade 4th of July Celebrations. We also went on a camping trip and to Funtown/Splashtown USA as a team. Not to mention the hot tub parties and getting coach with about 100 water balloons at the Fairfield Tournament!